Mom Comes To The Rescue On A Rainy Day 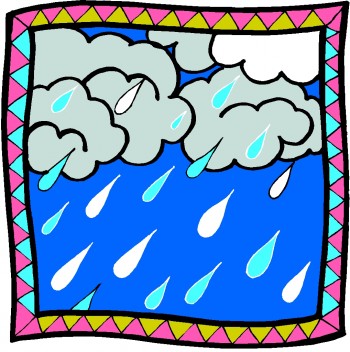 It was getting close to the holidays, and even though we were busier than ants in an ant farm, John and I decided to take our friends up on their suggestion that we “come on over for lunch”. Good decision…. it was a beautiful day! We all sat out on the patio talking, laughing, and just enjoying the sunshine. The sun felt especially good after all the rain we’d been having.

One of our friends, who has a couple young kids, was telling us about their rainy Saturday stuck inside the house. She said the kids were pretty bummed about not being able to go outside, and eventually they started getting on each others nerves. But leave it to mom to save the day. With some blankets draped over the re-arranged dining room chairs, all of a sudden they weren’t stuck in the house anymore…. they were camping on top of the mountain they’d just climbed and watching the rain from inside their tent.

I told her how great it was that she taught her kids to look at the bright side. Everyone at the table agreed that we’d all be better off if  people would do that more often. Then John started singing “You’ve got to Ac-Cent-Tchu-Ate the Positive….” By the time he was halfway through, we were all singing along with the words we knew and improvising the rest. Sometimes with our artsy friends it’s hard to tell the difference between having lunch and doing a Hollywood musical. We never know who is going to start singing or acting out something we are talking about.

One of our other friends, the trivia king, started talking about the different singers who’ve recorded the song. Some liked Bing Crosby, some Aretha Franklin, and some were partial to the punk rock version by The Vindictives. We couldn’t agree on which was the best rendition, but it was unanimous that we all loved the song and it’s message. Then somebody suggested to John that Billy Gorilly should do a version of it. John joked back that he’d run the idea past Billy and see what he had to say.

I guess it was a good idea because Billy Gorilly has a brand new
recording of “Ac-Cent-Tchu-Ate the Positive”. 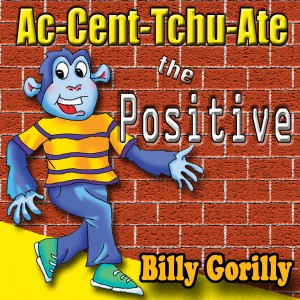 Take a listen to a sampling of the song

We love the lyrics to this song and the message it sends. We think it’s a great way for kids (and their grownups) to stay focused on the right things, no matter what’s happening. This song reminds “me” to look at the bright side, even when I’m not quite wanting to.

I call it feel good music because that’s the way it makes me feel when I listen. We hope you enjoy Billy Gorilly’s version of “Ac-Cent-Tchu-Ate the Positive”. It’s perfect for both kids and adults.

If you like this song, and think it’s a good message to spread around the world, hit the like button or share with a friend. Please don’t be shy, we love comments too! 🙂

Tamara
and the Billy Gorilly crew

Who the heck is John and Tamara

PS -The song is available on CDbaby  and  iTunes

This site uses Akismet to reduce spam. Learn how your comment data is processed.